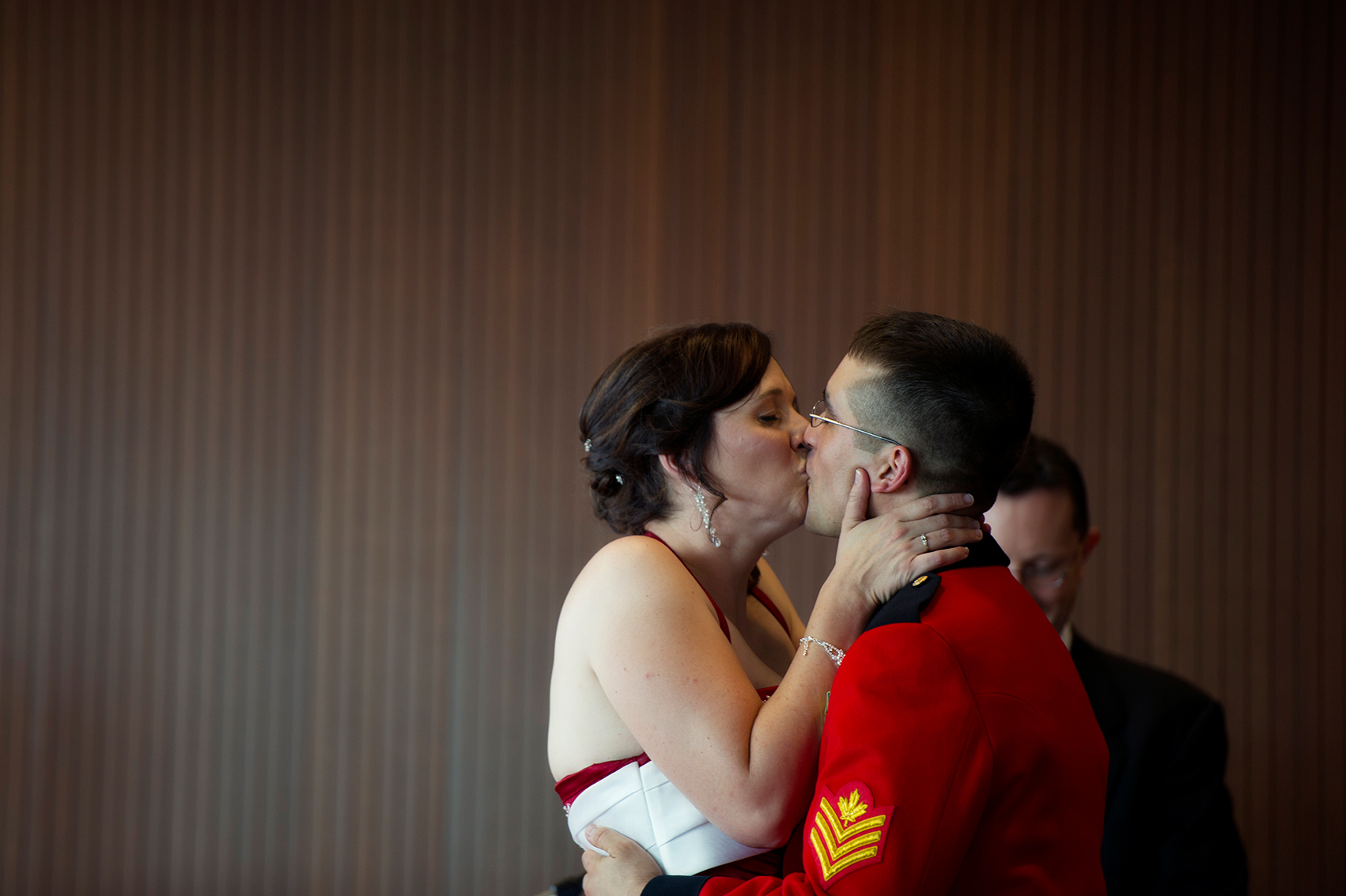 When Ivanette and I met with Stephanie, Freddie and their 3 wonderful children, we had the opportunity to spend some time with them and get to know the story of their 10 years together! After meeting at the Ottawa University frosh week, it was love at first sight. 10 years later, Stephanie and Freddie planned their wedding for the anniversary of their first chance meeting, and wanted to incorporate the University of Ottawa into their wedding. We had previously photographed their engagement session at the University. Since frosh week was on going, the chapel at Tabaret Hall was unavailable, so the University offed a great room overlooking the city at the top of the Desmarais building. The view was great, and the building’s name is also their family name. Frederic is an active member of our Canadian Military, and decided to wear his military dress, along with have his grooms men in full dress.

{Jingjing & Nick} A relaxed wedding at Strathmere
Scroll to top